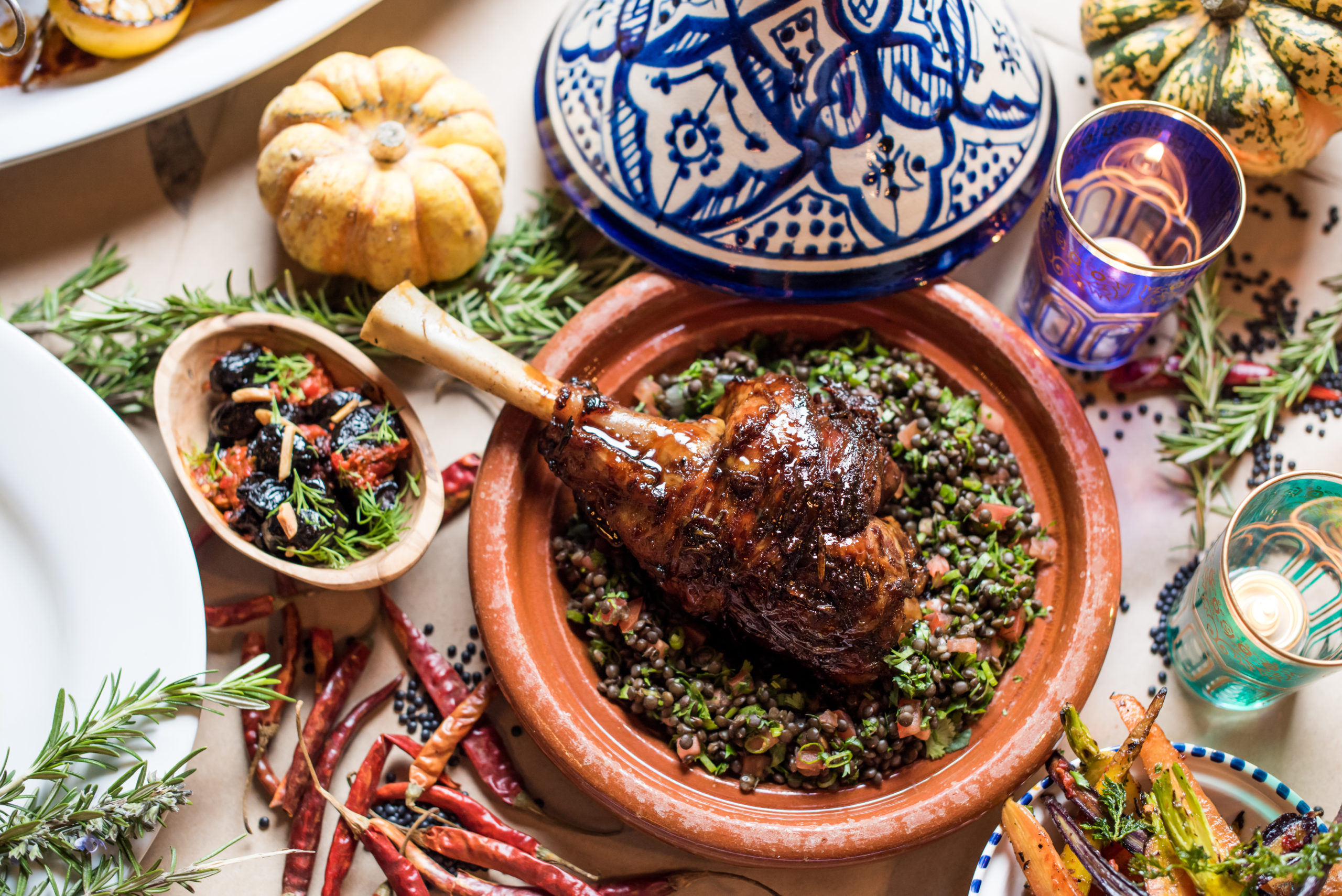 If you’re like me, you are lucky enough not to have to cook this year. You might even be able to go out for dinner because you don’t have to deal with any family whatsoever (me!). Imagine! One of 3rd Streets yummiest restaurant is having a Thanksgiving dinner that will save you from the royal nightmare of cooking, cleaning and dealing in general.
Cleo Third Street‘s Thanksgiving menu is making me salivate just reading it.
Cleo Third Street Thanksgiving Menu
Warm Butternut Squash Salad $16
House-made stracciatella, pumpkin seeds, champagne vinaigrette, watercress, aged balsamic
Turkey Dinner $28
Roasted turkey breast, confit turkey leg, brown butter sweet potato mash, stuffing, collard greens, gravy
Turkeyless Dinner $18
Brown butter sweet potato mash, stuffing, collard greens, gravy
Pumpkin Pie Tart $10
Whipped crème fraîche, pumpkin and sunflower seed brittle
QUICK MAKE YOUR RESERVATION NOW!
Maybe see you there?! 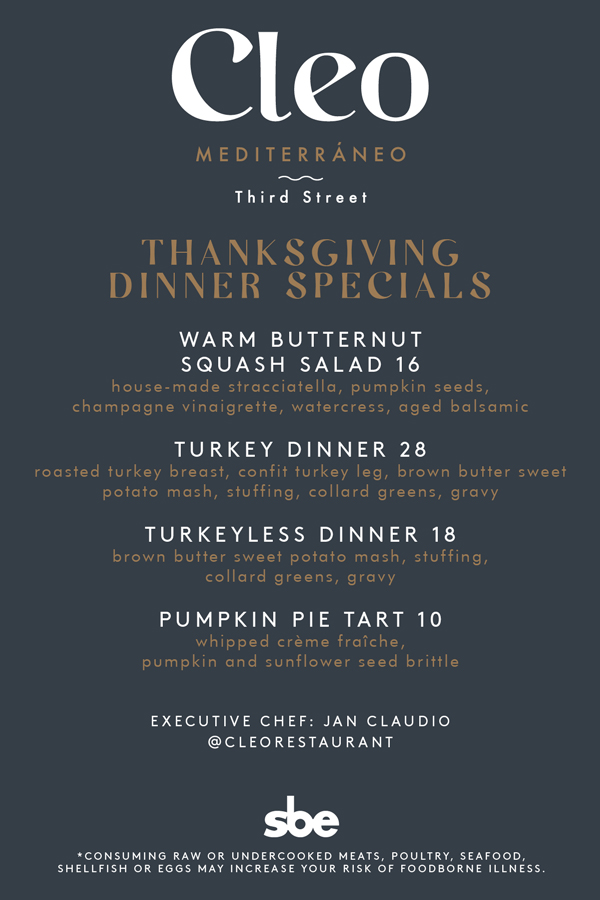 Chef Danny Elmaleh, the culinary mastermind behind many of sbe’s most renowned restaurants, is best known for his award-winning concept, Cleo. He draws from diverse cultures to create richly textured shareable plates, which encourage a warm, social dining experience.

Elmaleh’s interest in cross-cultural cuisine was first inspired by his experience growing up with a Moroccan father and Japanese mother. He trained at the prestigious Culinary Institute of America in New York and began his career at Jean Moulin in Japan. He went on to work in the kitchens of Ristorante Giannino in Milan and Melisse and Lemon Moon in Los Angeles. In 2006, Elmaleh opened his own restaurant, Celadon, and was dubbed a Rising Star Chef by StarChefs.com the following year. At Celadon, he met Katsuya Uechi and their relationship led him to his current role at sbe.

One thought on “Thanksgiving Just Got Yummier And A Helluva Lot Easier – Eat at Cleo Third Street This Year!”

This site uses Akismet to reduce spam. Learn how your comment data is processed.